The Setting’s The Thing

This story is my response to this week’s Weekly Writing Challenge. For my fellow American bloggers, any mention of the word “football” here relates to the game played with the foot. A/k/a soccer.

It was 40 minutes into the first half of the match and the scoreboard flashed: HOME: 0  VISITORS: 4

Beads of sweat rolled off Thorin’s brow and down his magnificent nose. He jaw was clenched in determination. Out of the corner of his eye, he could see home fans screaming insults at the goalkeeper who had just let in yet another goal. The visiting fans of the “Golden Dragons” were on their feet cheering. Their team was spitting fire. They weren’t called “the noisy neighbors” for nothing.

Thorin adjusted his shirt collar and swallowed deeply as he walked over to the edge of the field and crossed his arms. He shouted instructions to no one in particular on the field in an attempt to ignore the barrage of profanities being hurled at him.

He flinched as a paper bag hit him squarely on the back of his head, showering him with peanut shells. A cheer went up in the stands just behind him from the home supporters. Thorin pretended to not notice and took a drink of water from the sports bottle next to him to relieve the dryness in his mouth. But his stomach was too tight for him to take more than a sip.

The increased catcalls were still very audible above the cacophony of 50,000 in attendance.

Tension always ran high on the final day of the English Football Championships. But this year was so much worse.

Thorin had only been given the job of football manager at the start of the season. Exiting manager, Gandalf Grey, had retired after 20 successful years managing the Dwarves and had handed the team’s ceremonial key over to Thorin, who had risen up through the ranks of youth football with the team. Everyone believed him worthy of the task. Until now.

After a pitiful and disastrous year, including 8 defeats away and zero wins at home, every match was met with increasing calls for Thorin’s dismissal. Worse yet, the fans wanted a new young upstart, Bilbo Baggins, to manage the team. Baggins! What did he know about the Dwarves? He was not one of them! Besides, he had only ever managed the team at Bag End, and they were a lower division league football team!

But this past season under Thorin’s management had seen the Dwarves beaten soundly by rivals who, in the past, were below them on the ladder: Hugh Pass Goblins, Trollshaw Forest, and even the Woodland Elves.

In last week’s home match, they played and lost against The Defiling Orcs. After that, Thorin was certain he would have lost his head, but was granted a stay of execution at the last minute, as he assured the team owners that changes would be made and they would have won today’s match. Today, though, was not turning out so well. The Dragons were literally on fire as, play after play, they showed up Thorin’s weak management style, pitiful tactics, and complete lack of coaching ability.

A cup containing some warm mystery liquid found its mark between his shoulders. Thorin didn’t want to guess what that smell was.

The sound of the referee’s whistle brought an end to play at half time and to Thorin’s torture in the sun. He quickly ran off the field into the dugout and down the tunnels to meet his team. He would have to implement a new strategy to fight the marauding Dragons in the second half. 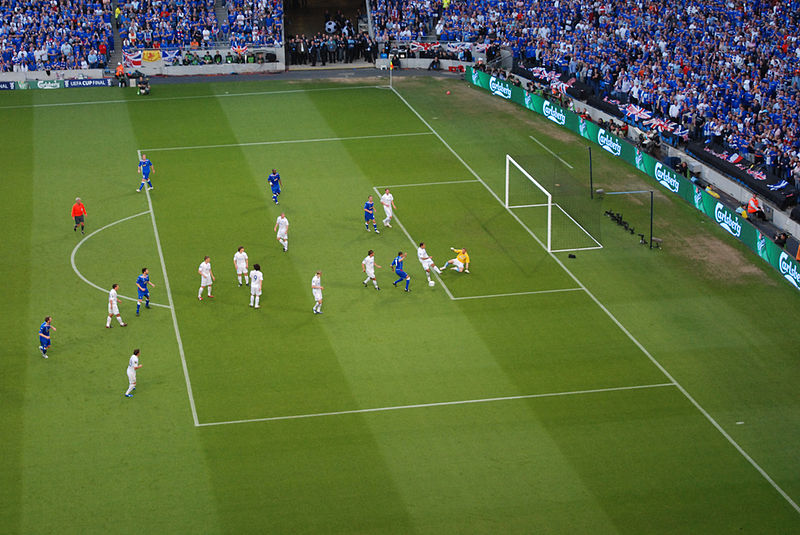