Tales from the cube-farm: Our Fearless Leader 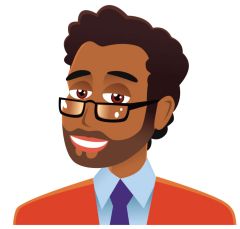 A few years ago, the Purchasing Department found itself without a manager in charge. The most recent head resigned after a “disagreement” with the new CEO of the company. Senior management decided not to promote from within. “The expertise just isn’t here,” were the words making the rounds, although there seemed to be qualified people who had worked there for several years. Clearly, they were not qualified enough for this superlative position.

So, after weeks of interviewing, the members of the Purchasing Department were presented with the best of the best in the form of Augustus Antonius Inflatus.1

Augustus and his ego swaggered in on his first day. He was introduced to the team and other key staff members as a go-getter, a highly successful leader, an experienced negotiator with over 10 years of purchasing under his belt, and TWO master’s degrees! We were all so impressed! Here was the expertise which management so clearly wanted to integrate into our organization.

Augustus looked like he would be a good fit with the rest of the company. He was quite friendly and told us he was divorced with two young children who lived with their mother. He was within the average age range of the purchasing staff and he seemed genuinely interested in the welfare of his subordinates.

One thing Augustus was great at was hosting events at his house. Each Friday night after work we all headed over to his place for drinks and to just unwind after the busy week. Eventually, though, this grew tiresome and it wasn’t long before we started making excuses as to why we couldn’t be there. After about 2 months or so, the Friday night events at Augustus’ came to an end.

Still as sociable as ever, however, Augustus signed up on an online dating website. We were made aware of this because every Monday morning he would regale us with his weekend exploits, whether we were interested or not. Like reading a Chinese fortune cookie, his stories always had the potential to end the same way: in bed.

“I had a date with this psychologist on Saturday night,” he would begin. “She wasn’t much to look at but she more than made up for it later when we got back to her place, you know?” Followed by a wink and maybe a nudge.

Cringe! Did we really need to know that?

Or he would sidle up to no one in particular on a Monday morning with: “Hey guys, how was your weekend? Mine was great! I had two separate women on the weekend and a third one just went home this morning.”

Again, did we really need to hear that? Every week? It’s not like he was buddy-buddy with any of us. He was a bit too forthcoming with information on his personal life every week. It just seemed like he was trying too hard to integrate himself with the rest of the company.

Unfortunately for him, Augustus’ time at the company was cut short. For all his social skills, if you could call them that, he really was unprepared for his role and the volume of work. He couldn’t answer everyday questions even after several months on the job. He still relied on his subordinates, (the ones without the expertise, remember?) to answer questions in high level board meetings. We think that he may have said “I am not aware of that happening” once too often and it started to irritate the board of directors. After all, what were they paying him for?

And where were his “experienced negotiating skills?” No idea. Within 3 months of his being employed there, he managed to provoke one of the contract vendors and almost terminated a long standing relationship between them and our company. In fact, if it wasn’t for some quick action by one of his staff, and the history between the two companies, the vendor would have certainly slammed the proverbial door in our faces and told us to go f*** ourselves.

All anyone knows was that after one particularly heated board meeting one week, Augustus was called into the CEO’s office, along with the Human Resources Manager, and he was never seen again. Someone cleared out his desk later that day and as easily as he swaggered in, he and his ego exited the building.

He was employed there for less than a year.

In that time, however, apparently the “expertise” was discovered in the purchasing department! Who knew they had it in them? One of their members was promoted and she’s still there today.

Read more about another of my illustrious co-workers here.