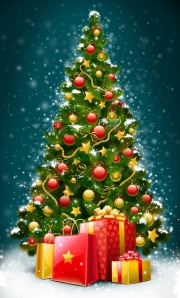 Real or artificial? Fir or birch? Spruce or pine? Inside or outside?

It’s hard to imagine a Christmas without the ever-present tree. Rockefeller Plaza Christmas tree lighting is an annual symbol of the holidays in New York City. Surely this is the sign that the season is in full swing?

And without a tree, fully decorated with star perched on top, perceptively standing guard in the front room of the house, where would Santa ever put his presents?

For thousands of years, long before there ever was a day called Christmas, evergreen trees were used in the celebration of winter festivals. Romans used them to decorate their temples during the festival of Saturnalia. Pagans used them to decorate their homes and the evergreen boughs, a precursor to the Christmas wreath, reminded them of the milder weather that was to come. In some northern countries, it was believed that the evergreens would drive away witches, ghosts, evil spirits, and illness, The Druids also decorated their temples with them as a symbol of everlasting life.

The earliest documented use of a tree in Christmas winter celebrations can be found in the Baltic States, where the first German merchants set up a decorated tree in Riga in 1510. After the celebrations, the tree was set on fire. Decades later, Martin Luther, 16th century Protestant reformer, was said to have been the first to add lights to a tree, to show his children how stars twinkled through the dark night.

In 1846, British royals, Queen Victoria and Prince Albert, made the Christmas tree what it is today. Up until that time, the British public was not very fond of Christmas trees, as they viewed them as a German oddity. However, when the popular royal couple was sketched in the illustrated London News standing with their children around a Christmas tree, the idea immediately became fashionable both in Britain and in East Coast American society. 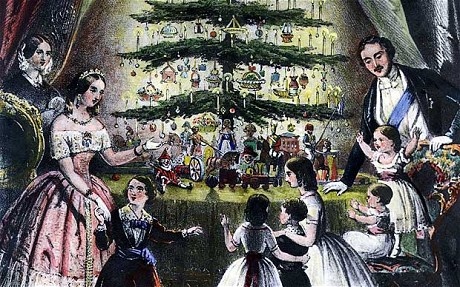 In 17th century Germany, it was the custom to decorate Christmas trees with apples, gilded nuts, and red paper strips, but by the time the Germans carried their traditions to the United States in the 1800’s, glass ornaments of balls, toys, and figures would replace them. The first artificial trees were also introduced by Sears Roebuck in 1883, offering families the convenience of having a large inexpensive tree in their homes, without a single needle being dropped.

Having presents under the tree or on the tree itself, has always been a tradition carried down through the centuries from the earliest times. At the 16th century Christmas markets in Germany, small souvenirs and baked goods were purchased to hang on the tree. Today, it is traditional for families in most western cultures to leave presents under the tree and have the gift-opening event on Christmas morning.

If you’d like to know more about the types of Christmas trees in use, or anything related to Christmas trees, the National Christmas Tree Association is full of information!