My former arch-enemy ran into a friend of mine the other day.

We all used to work for the same company many years ago and my friend, K, and I kept in touch all these years.

My nemesis was the General Manager of the company and he bumped into K in a Publix Supermarket. They had a brief conversation and a bit of catching up, and somehow my name was brought up. She mentioned that she was in touch with me and he apparently sent a hello and best wishes for me.

‘Best wishes?’ To that, we both burst out laughing when she called me to relate what had happened.

This a-hole, whom we shall call “Jerry”, was a pain in my backside and made my life a living hell until I finally transferred to another division in the organization, away from his overbearing clutches.

Jerry began working at the company a few years after I did. He came in at a junior managerial level, while I was still just a Marketing Assistant. From the outset he was not a likable person and it was clear he had no people skills whatsoever. He made rash decisions. One particularly bad business move caused the company to lose hundreds of thousands of dollars at the time. But he only received a tongue-lashing and was spared a dismissal.

In a few years, when I had more responsibilities under my belt, a new management position came up and I applied for it. Jerry conducted the interview. I assumed that since he knew me well enough (I thought) I might have a fighting chance of being successful. He was well-informed of my abilities and was good friends with my former manager, Rick, who had recently left the company to start his own enterprise.

In the interview, I outlined all my achievements, certifications, and skills, and explained how I could breathe life into this job. When I was done, he looked me straight in the eye and said, “You know, you shouldn’t be so sure of yourself.”

I was taken aback. “What?” I regarded him quizzically. I wasn’t showing off. I was in an interview for junior management. Surely he didn’t expect me to be mousy and timid?

He continued. “Yes, you shouldn’t be so sure of yourself. You remind me so much of of Rick.” Really? His friend? I wondered how Rick would have taken that. I really could have accepted him saying that I was unqualified for the position, but somehow that never came up.

The interview concluded and then and there I knew I didn’t have the job. But not to worry. In hindsight, that part worked out fine for me. In the end, the position went to another woman, the wife of a senior director of the company. Hmmm…?

I avoided Jerry totally after that. We both improved our positions within the company, although he did much faster and further than I did. Eventually he became the director in charge of our division. He had “arrived.”

Then one day Jerry had an awesome idea. One of the heads of Marketing was leaving the company and Jerry promoted his number one best girl, Nyla, into the vacant spot. However, his “best girl” had nil experience and apparently did not have the blessings of the other company directors for this very senior position. His superiors told him that was not a good idea. Not to worry, he assured them, Belle will be her assistant. Belle will guide her in her new managerial post.

What the?? How come no one asked me?

A little background: Nyla, when she came to the company two years earlier, was quite junior to me. Nyla did not have a bachelor’s degree, nor much work experience, but I did. Nyla’s manager, when she was leaving the post, did not recommend Nyla for promotion.

So Jerry, after interviewing other potential candidates to be Nyla’s underling, and they declined, somehow related to his superiors that I would be up for the job.

I also declined the job offer. I was in another department and doing quite well, thank you. Besides, I had no intention of reporting to someone who by all standards was junior to me.

Jerry did not take this news well at all. He shouted at me. He flailed his arms. He was livid.

I told him that it was preposterous for him to think that I would want to work with her.

He said I could have “guided her.”

I said to him,

Well, sir, if I’m to guide my boss, then who is going to guide me? At the end of the day, she will know all that I know and both of us will know nothing more.

Besides, I don’t think this is a good fit for me or my career development. It’s a step down. 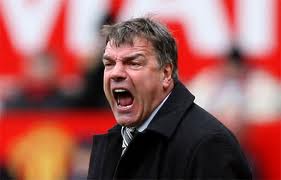 If he could have popped a vein that day he would have.

He blasted me with (and I quote):

It is not up to you to decide what is a good fit for you! It is for the company to decide!

Yeahhhhhhh….I wasn’t buying that. And I still declined the job offer. He had to return to his superiors and tell them that I wasn’t taking the job, which was not a part of his plans. Then he pretty much decided to mentor dear Nyla after that. Now, some others in the company had their own ideas and theories about why Jerry kept pushing her into a role for which she was clearly unprepared but I didn’t jump on that wagon.

For the next two years, Jerry did everything in his power to make my life unbearable. He promoted two of my peers into a newly created management position and not me, on purpose. Even though I had trained those two and we were, up to that point, on the same level. He scrutinized all my company emails. In situations where he would be “understanding” of the other members of my team, he would make a point of publicly yelling at me in the office for all sorts of minuscule things. I could do nothing right in his eyes. For someone at his level, he was spending far too much time involved in matters concerning me. But I had become his personal whipping boy, er, girl.

It had gotten to the point where other directors at Jerry’s level and above were asking what the heck was happening. I offered no explanations. It was almost downright comical. If he could have fired me he would have, but our country has very strong labor laws and you can’t just fire someone because you feel like it. And I made damn sure that he had no reason to fire me. I was an exemplary employee of 12 years. I wasn’t just there for my good looks and his superiors at least were aware of that.

Then one evening, after one particularly explosive outburst from Jerry, I found myself out of the Business division and into MIS (Management Information Systems). I had been transferred. The MIS team, whom I had worked alongside on many previous occasions, welcomed me with open arms.

At first I was a bit annoyed and was ready to make my exit. But, I decided this would look great on my resume and was determined to make the best of it. Along with my business degree, I had several certifications and training in systems analysis and desktop support. During my transfer I was told that since I had an “aptitude for systems implementation” that I would be a great fit for this division. Such bullsh## as I had never heard! I didn’t ask for this and MIS didn’t ask for me either. This was Jerry’s idea of disposing of me once and for all.

Perhaps he thought that this would have beaten me down, but I thrived in my new position as Business Analyst. I cleared up several items that had been on the back-burner for a while and implemented new systems and procedures. I learned new programming languages and made new friends. It was probably the best thing that ever happened, because I was truly stressed out in my old job. I was quite burned out too after dealing with Jerry over the previous two years.

After a year in MIS, when I felt I had learned and contributed enough, I tendered my resignation, on my own terms. In my personal life, the timing felt right and I had other adventures to pursue.

When Jerry heard I was leaving, he invited me to a meeting, just us two. I was shocked, but by this time, I didn’t care what he had to say. In his office, he asked me why I was leaving the company. I told him some nonsense that I was accepted to do my master’s degree abroad and had to go. Then he said:

Why didn’t you take the job with Nyla when I asked you to?

Really? I asked him if he was still on that after all that time. He said he still thought it was a good idea. I told him it wasn’t a good idea then and it still wasn’t. I even told him that I had met with several other associates at his level, above, and below, and that no one thought it was a good idea. But good ole Jerry thought I could have taught Nyla so much….blah blah blah (insert Charlie Brown’s teacher’s voice here).

I bade him farewell and managed to avoid telling him he could now kiss my a**. My mother always said to never burn your bridges….

And with that I was gone. Even Nyla eventually got married later that year and left the job, too.

As for Jerry, his career seems to have gone the way of the Peter Principle. When I left he was a rising star; now he had been promoted to his level of incompetence. Unfortunately, because of his “winning personality” he’s pissed off one too many of their long-standing clients and has found his career somewhat gone pear shaped. He’s in the departure lounge of the company, let’s say. I would be lying if I said he was suffering, because he’s not. He’s just been given a role in the company that many believe is well beneath him at this stage of his career. But I guess he decided to take his own advice and let the company determine what was a good fit for him.