I am writing with the hope that you will receive this well in advance of any further deterioration of my predicament. Your reputation for competent and thoughtful advice to the lovelorn is legendary here in London.

Aunt Bathilda, I had fallen hopelessly in love with a king whom I thought was the only man for me. I gave him the best three years of my life, trying my utmost to produce a male heir that would one day succeed him to the throne.

I went through so much trouble to  make him fall in love with me, but it seems I may have gone too far. I have literally lost my head over him.

First, I successfully  opened his eyes to the fallacy of the marriage he had been forced into. He was only 10 years old, for Pete’s sake! I don’t consider myself a home-wrecker, but he did not love Catherine of Aragon. Besides, she was his dead brother’s wife. It was just his duty. And she was too old and could not produce a male heir…then again, neither can I…. We were so in love, but now he acts as if he has buyer’s remorse.

Second, I made this wonderful man see his true potential. As King of England, he was the rightful leader of the church. Why should he bow down to some nameless face back in Rome?

I opened his eyes to these truths! I was the proverbial “woman behind the man”.

But now, power seems to have gone to his head. Henry has developed quite a mean streak and daily beheadings have become the norm at the palace. Now, I am to be punished based on some trumped up charges. They are telling my husband, my king, that I, the most faithful queen to have ever lived, was carrying on behind his back with no less than five men! Including my brother! They have even accused me of practicing witchcraft. Ridiculous!

All lies! If I am ever reinstated as Queen, heads will roll for this!

I have only the ultimate respect for Henry and I would never embarrass him in that manner. His advisers are just jealous of our wonderful relationship.

We have a daughter together, Elizabeth, my first, and I am deeply concerned about her future. If her father were to ever remarry and produce a son, what would become of her? Especially if they deny her her proper and legal birthright.

Already it is now the morning of May 19 and I am fearing the worst. No one ever leaves the Tower of London with their head intact. I can hear the bells ringing from the Tower, a foreboding of bad things to come.

Aunt Bathilda, I don’t have much time. My question is, should I try to reconcile with Henry, after all that has happened? I know he has been fooling around with that young home-wrecker, Jane Seymour – no, not the actress. Do you think marriage counselling would work for us? 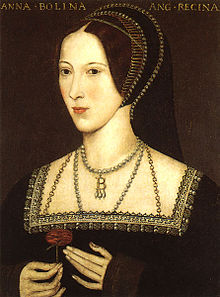 Based on the information that you have provided to me, and the news from the town crier, your marriage seems to be at an end. Had you contacted me months ago, I could have scheduled some counselling for you and your husband, Henry.

If you are still living in the Tower and are able to receive my response, I would strongly suggest you take your daughter and leave the palace as soon as you are able. Stay as far away as you possibly can as I feel this will not bode well for you.